Louden Noxious opens with a song, and one of his better ones, I think:

Afterward he and Director of Fun Leonard F. Chikarason welcome tonight’s twelve participants to the ring for a photo op.

Amasis cuts a promo backstage before the opener. It’s a big night for him but big nights haven’t been a rarity thus far in his short career. In his Chikara debut he broke up the team of Shane Storm and Jigsaw. Not long afterward he was main eventing New Alhambra Arena. (I mean not really, but whatever, let’s not get into the dumbass argument about what a main event is in pro wrestling, please and thanks.) Now, just nine months into his career, he’s about to win the Young Lions Cup. Can you dig it?

Ultimo Breakfast is the latest incarnation of Create-a-Wrestler cooked up (heh) by some kid. He’s got a mask depicting a piece of toast popping out of a toaster and carries a big fork with him to the ring as Simple Minds’ “Don’t You (Forget About Me)” plays. Lot going on there. As silly as the gimmick is, the dude is improving and manages to have a decent little match with Amasis here, peppering in a few of the obvious jokes. Amasis advances with the Twist of Funk, a reverse STO spun into a facebuster.

He makes a Brokeback Mountain joke, namedrops Dwayne Johnson, and gets the name of the promotion wrong all in his first ten seconds onscreen, so you can see he’s already well on his way to being a real shithead. He says Pelle Primeau oughta watch out tonight because he’s the man.

Sort of mixed on this one. I like Pelle a lot and don’t… detest Page, I guess. In fact I’ve quite liked Page at points, especially tagging with Josh Alexander before the latter’s injury, but his heeling can be soooooooo tiresome. That’s mostly what we get here, as he’s got a painfully one-dimensional “Hollywood douchebag” gimmick and very little of the poise and presence that has served him so well in recent years. He does well to emphasize the size difference at play but it’s sort of the least you can ask for with a guy like Pelle, who, if I’m to have any solace, is reliably good in this one. Pelle picks up the win with a small package when a fancy backslide attempt falls apart.

Out on the street, Vin Gerard muses about his previous YLC experience. This time around there’s no mask on his face and moreover no one who can stop him from taking the cup. Lince Dorado? Beat him. Jimmy Olsen? Beat him. Create-a-Wrestler? Beat him. Worker Ant? Beat him. Sami Callihan? Nothing but a joke. Gerard intends on beating him and going all the way to the finals.

Wooo, young Sami Callihan! He’s right on the verge of becoming secretly the best wrestler in the world so even if this is a weird meeting of similar characters, there’s at least plenty of talent involved. By being a savage little buzzsaw, Callihan forces Gerard to be even more aggressive and underhanded than usual to stay ahead, resulting in a delightful little scum-off between two dirtbags. Gerard is left reeling after Callihan connects with the Headlock Driver but when the Buckeye mockingly shoves the torn Equinox mask over the man’s face, Gerard bursts to life and forces his way into the STF. As he did earlier in the match, Callihan’s able to get to the ropes, but instead of releasing the hold Gerard simply yanks the man over to the middle of the ring and his opponent has no choice but to tap out.

A debuting Pinkie Sanchez is feeling himself backstage. Everyone who knows who he is knows that he brings it every time and all the fans who don’t know are in for a special surprise. He describes himself as the hungriest young lion there ever was and flicks on his light-up novelty sunglasses.

You’ll recall Sugarfoot from a few appearances already but as much as I love Pinkie, I have no idea how he ever became a Chikara regular. He is just so skeezy for a family-friendly promotion. Glad he stuck around a while, though, because he’s quite good and adds an interesting dynamic. Sadly he can’t do a whole lot with Payne, one of the most boring wrestlers of his generation. Pinkie picks up the win with a backdrop seated senton.

Ross, who comes from some NWA-affiliated promotion in the Pittsburgh area called PWX, sucks out loud. Like, wouldn’t-get-accepted-to-a-wrestling-school bad. Calling him a broomstick would be an insult to household items the world over. Thankfully Drake is the best. The crowd and commentary both make the obvious Jim Ross jokes and cackle as Drake beats the snot out of this dweeb. Headbutts, body slams on the floor, straight up punches to the jaw, you know the drill. Larry Sweeney gets in on the ridicule and tells a few Drake stories, which makes it even better. Vertebreaker ends it but sadly doesn’t end James Ross.

Real good. Each of these guys are endearing and perfectly suited to bumping around for the other, making for easily the most exciting match of the night so far. Jimmy also pulls out some innovative stuff in terms of offense and in transition, adding a lot to an already enjoyable match. In the end Stupefied spikes Jimmy with a Lawn Dart, eliminating the American from the only Young Lions Cup he was ever in. Pretty sure that constitutes a war crime.

The Fabulous Three are doing their thing in the back. Tonight they’re coming to get the Colony and shout through the usual threats and boasts in saying so.

Nothing to write home about, really, but way better than their first match. This one gets more time to develop and doesn’t suffer from following big, intense matches, so even if this only ends up being a by-the-books heel vs babyface tag match it’s at least a well-rounded version of that. Still ends kind of abruptly, though, as Sweeney and Mitch connect with some low level offense (Dusty Elbow and hotshot on the ropes) before Hawke puts Fire Ant away with a flatliner.

Rudos hightail it out of the building afterward, their squabbling long behind them, seemingly.

Tim Donst, speaking in the deepest Philly accent you’ve ever heard, tries to tell UltraMantis Black that he and Hydra have accumulated three points while he was gone but UMB doesn’t want to hear it. He turns his attention to Hydra instead, chewing him out for putting Dr. Cube’s creation into the Hydra Lock. Hydra tries to defend his actions but UMB shouts over him and orders the sea creature to his room. With Hydra gone, UMB turns to Donst and urges his young protege to not be dragged down by Hydra’s antics.

Fun time-filler between a rudo team everyone hates and a rudo team everyone loves to cheer. Hydra continues to be the single best wrestler in the history of the universe and everyone else does their thing(s). F.I.S.T. eventually are able to isolate my man and the crowd gets quite behind it, because boy do the baddies beat the hell out of him. He’s able to make a comeback thanks to the “accidentally hitting an over-the-shoulder armbreaker on your own partner” bit that makes shockingly good comedic work out of the stoic Akuma leading into the finishing stretch. Good guys do the deal with a Hart Attack variation. 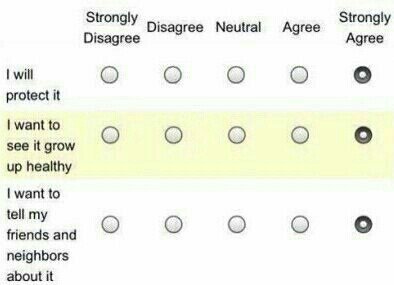 Good group of dudes here. Pelle comes out selling his back and yelps a little when he hops over the ropes, because he’s the best. Drake also gets the crowd chanting ‘chicken’ at Gerard when he backs down from him before the bell, because he’s also the best. This is a real fast and furious affair, thanks in large part due to four speedy, flippy guys and a brawler who ain’t afraid to fly. When Drake does so it ends poorly for him, as he crashes to the floor going for a senton bomb off the apron, but he makes sure to sell it later as he’s wiping Pinkie out with a series of headbutts BECAUSE HE IS, AS STATED, THE BEST. After everyone gets some time to shine, Gerard starts picking people off by hitting something of an STO on Pinkie as he’s going for a gin n’ tonic on Amasis, allowing the masked man to eliminate Pinkie with a yoshi tonic. Drake puts Pelle away with the Vertebreaker following a great strike exchange and Gerard immediately springs to action to roll Drake up with a handful of tights. The remaining rudos team up to take on Stupefied but before long Amasis turns on Gerard, getting a big babyface response for doing so. Stu manages to turn one of Amasis’ big moves into a small package and does well to contend with Gerard when the rudo jumps him right afterward. The Canadian gets, like, a huge showing in reversing a bunch of Gerard’s signature moves when no one else has and sort of brushing off getting his spiral tap blocked with a pair of knees to the back, but eventually, when he goes for the lawn dart that beat Jimmy Olsen, Gerard’s able to muscle him down to the mat and trap him in the STF.

Crowd ain’t happy about it and I can’t blame ‘em.