Seth Rollins (c) vs The Fiend

Hell in a Cell Match for the WWE Universal Championship

Every decision made here was a bad decision. Let’s run down the list: 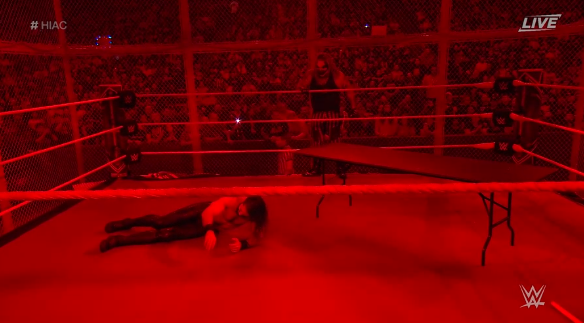 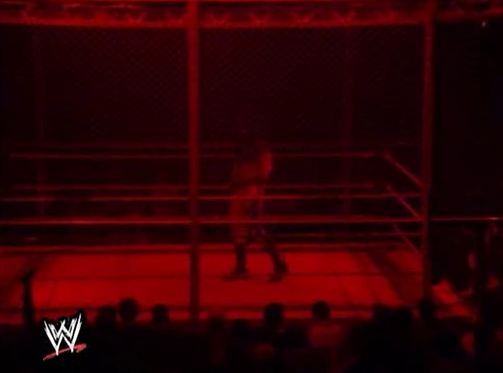 Don’t mean to go full Cinema Sins on y’all but good lord this is a real shitshow. I’m not sure I can say that this is quite as bad as some of the utter dreck I’ve seen lately—which, shockingly, also came from WWE!—but I think I can say this is the dumbest match I’ve ever seen. It makes practically every mistake I can conceive of and still managed to shock me with a few more. The only proof that anyone even remotely thought this through beforehand is the sheer spectacle of its bewildering thoughtlessness. It’s as if WWE, feeling the pressure of their first serious competition in nearly twenty years, decided to try something new but instead of aping any of the companies nipping at their heels they decided to rip off Blackcraft Wrestling, who put on such a bad show over Mania weekend that they’ve shut down entirely.

So clearly the issue with WWE’s “making movies” mentality is that they don’t have the slightest idea of how movies work. The lighting in this match is evidence enough, not to mention the other problems here and in so many of their other offerings. The thing is, I think they also don’t understand how or why their own material has worked in the past. I look at a match like this and I see an unlearning of everything that made Kane’s debut ominous and frightening, or everything that made Gargano’s hesitance to strike down Ciampa compelling. This match isn’t frustrating just because it’s incoherent, unconvincing, or obnoxious; it’s also frustrating because it’s another step back from a company that used to be better.

Of course that regression isn’t new but that idea is worth addressing too. Aside from pea-brained takes about how no one was mad when ‘97/‘98 WCW put on good shows with bad main events—painfully oblivious both to the contemporary reactions from fans as well as where that mentality took WCW in the end—the thing that annoyed me most about reactions coming out of this PPV was shock that so many other fans would care about a match between Seth Rollins and Bray Wyatt having a conclusive finish. Which, hey, I get on some level. Lord knows I checked out on caring about WWE a long time ago and I’m certainly not shocked when Rollins puts on another bad match. But still, I think that sort of reaction misses the point entirely. The point is that this was a singularly bad match, bad enough that WWE stans might finally get fed up enough to pull the plug entirely and move on to other wrestling. That potential silver lining is the point. It might be questionable that it took these folks this long to arrive at that obvious conclusion but we—as a culture or a fanbase or whatever you want to call this nightmare conglomeration—don’t gain much of anything by mocking when exactly the scales fell from someone’s eyes. I’m not yet convinced that any of these competitors to WWE are going to be meaningfully different in the long run but even a dumbass like me knows that they won’t ever be better if I keep shouting people back toward the status quo. If you want things to improve, focus more on wrestling that isn’t quite so embarrassing as this and less on the people for whom this was the final straw.